Children – The most precious and vulnerable resource of Serbia

Belgrade, March 7th 2014 – It is necessary to increase the financial support allocated for the most vulnerable groups, especially for children, persons with disabilities and multiple vulnerable groups. That was main conclusion of the public debate held in the National Parliament of the Republic of Serbia. The debate was attended by the National Assembly Speaker Nebojsa Stefanovic, Head of the UNICEF Serbia Office Michel Saint-Lot, representatives of expert, professional and civic sectors.

“Realization of the idea for establishment of a single Fund for social inclusion which includes budget funds, donor and EU funds would allow better allocation of existing resources and more effective results towards the most vulnerable groups of population in Serbia” said Nebojsa Stefanovic, National Assembly Speaker at the opening of the public debate.

Questions like problems of financing of social protection in economy crisis, as well as possibilities for more effective and efficient control and expenditure of budget funds, at both levels, local and national were opened at the debate.

Representatives of non-government organizations, expert and professional public, decision makers agreed that it is necessary to establish new institutional mechanism, Fund for Social Inclusion, which would enable more efficient allocation of funds for support of social protection beneficiaries in Serbia.

“Establishment of the Fund would improve the implementation of measures for social inclusion envisaged by numerous laws and would ensure better utilization of EU funds intended for the most vulnerable citizens of Serbia”, said Zarko Sunderic, Manager of Social Inclusion and Poverty Reduction Unit of the Republic of Serbia.

Public debate was organized within the project “Future Fit for Children” implemented by the Association for Development of Children and Youth – Open Club Nis, as a part of “Civil Society Forward” programme supported by the Institute for Sustainable Communities – ISC and USAID. Sorry, this entry is only available in Serbian.Korisnici projekta "Paket... 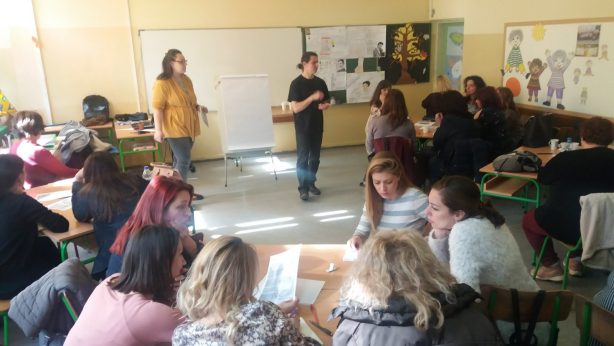 Sorry, this entry is only available in Serbian.U okviru redovnih...